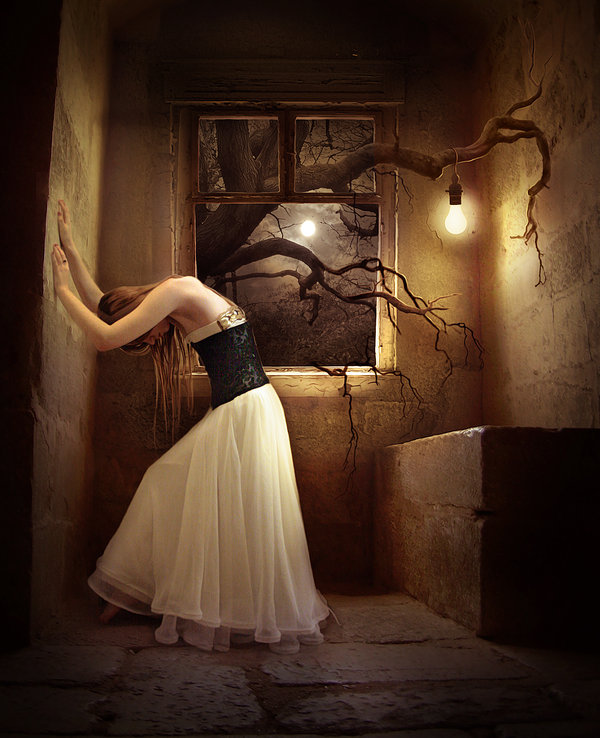 In ancient times people who heard voices were considered possessed by evil spirits or Satan himself. In more recent times hearing voices in one’s head is considered a sign of mental illness.

So what could be the source of the  voice who speaks in one’s mind?  Satan, God, a chemical imbalance in the body, a debilitating condition of the mind, highly advanced technology, possession, telepathy, Interdimensional Beings or even aliens could be considered possibilities.

How we define what is happening to us or those we love is influenced by our predetermined belief systems. The religious people will define the voice as demonic or angelic. The scientist will look for technology or mental illness. Those who have had interaction with Beings not of this realm or planet have yet another box that the experience can be placed in.

But how can we really tell? Is there a way? Yes I think there is.

Step one is throw away the boxes that surround us and limit our thinking and step two is realizing that all of the above are a possible source for the voices that speak into human minds.

I have experienced the voice in my head four different times in my life. The first happened when I was 22 years old, a young wife and mother. It was a warning. A warning that I heeded. It was absolute and it was correct. The voice was quiet and calm, neither male or female. It spoke one sentence in which it gave me information I could not have known. The information saved a life. I am forever grateful for the information I was given.

The second incident occurred during my first remembered ET experience (for more see my first blog entry) about 7-8 years after the first. I was on a table in what I assume was a ship. I awakened and there were Humanoid Beings around me as I began to ask questions one replied telepathically over and over.

The third happened in 2010. I was experiencing all kinds of hellish things (again my blog has the history of that time). I had assumed the vibration of love and righteous anger to protect myself. I was laying in bed and one word, a not very nice word was spoken into my head. It was meant to terrorize, insult and frighten me but it did not. As soon as the word was done reverberating through my mind I began to laugh out loud. I found it extremely funny that such pathetic means were being used to try and frighten me.

The last experience I have had was in 2013. I was curled up on my husband’s shoulder as he watched TV. I was clearing my mind and preparing for sleep. Suddenly I heard his voice perfectly clearly. I “heard” one sentence. It was a technical sentence about his work. A sentence even now I cannot reproduce because I do not have the technical knowledge he does. After I heard it I sat up abruptly and said “Did you just think ” I need to change the xxxxxx of the xxxxxxxx machine to run xxxxxxxxx?” He looked at me very hard and simply said “Yes”.

I have thought a lot about these different occurrences over the years and have come to the following conclusions. First that they were from different sources. Second that they were not self generated. Third there can be many sources for the words some of us hear with our minds and not our ears.

It is difficult to describe the difference between hearing in the normal way and hearing with the mind. The closest I can come is to compare it to differences in pain the human body can feel. When we have a cramp inside of our bodies, like a stomach crap we know it is inside of us. When we cut ourselves we know the damage to our bodies is from an external source. We simply know which is which. The same holds true for telepathy. The source of the words is inside of us rather than outside of us.

Modern psychiatry proclaims all telepathy is negative and a sign of a diseased mind, religious leaders will claim that all telepathy is from God or Satan (or the workers of). I disagree. So how do we differentiate between a positive telepathic experience and a negative one and how do we tell if we are creating the voice(s) ourselves?

To define and begin to understand your experiences ask yourself these questions.

1)  Was the experience(s) different from anything I have experienced before? Were they unique and do I know absolutely that they were not self generated?

2)  Was information given to me that I could not have known otherwise? Did the information turn out to be true?

3)  What was the emotional tone of the encounter? How did it feel? Positive or Negative or neutral?

4) What is the most likely source of the telepathy? Sometimes it is obvious sometimes it cannot be defined.

5) Could you have been picking up on someone else’s thoughts? If you are hearing voices in your head that are speaking “at” you could someone actually be thinking them at you?

Once these are answered and you have answered the first one as an absolute yes then it is time to look at possible sources for the telepathy.

1) Other people. How many people have been labeled paranoid because they are hearing other people’s hostile thoughts about them? If there is a possibility that you are hearing other people’s thoughts good or bad I suggest simply asking them. You should be able to tell by their reaction if they were thinking what you received. When confronted with “Did you just say “this”? (using say instead of think seems to be more effective but either will work) most people who did just think that will become quite speechless and hem and haw about giving you an answer. If they did not just think what you asked they will simply say “No” and look confused.

It is my personal opinion that many people who are natural telepaths and empaths are treated for mental illness because psychiatry makes no allowance for such abilities. It can be hard having these gifts. People think many hateful things about others not realizing that some of these thoughts can be picked up telepathically. How many times do we make a rude comment within our minds? Many times a day for most people. If you are a person who picks up thoughts telepathically from others you will need to learn to let the things  you “hear” go. They are not meant to be heard.

2) Positive Interdimensional Beings, Telepathic ETs. If we remove the religion aspect and count angelic within the context of Interdimensional Beings then this is another possibility. Have you had other experiences, flashbacks or memories that make this a possibility? Telepathy of this type will never attempt to interfere with your free will. It may give information but never orders or instructions. The higher orders of beings will not do anything to influence your free will.

Positive telepathy is a gift in my opinion. Those who do receive messages in this manner are few and far between. Do be sure that the message is actual telepathy and not a feeling that you put word to. Many times our guides and guardians feed us and send us energy. It can be tempting to feel that energy and add our own words to it. Do so if you like but do not treat it as telepathy. True telepathy will come across as an absolute form of communication in either words or pictures.

4) Negative Interdimensional Beings or telepathic ETs. If what you are hearing would interfere with your free will if acted on then this is a possibility. Many times this type of communication is blamed on Demons or Devils. Raising your vibratory rate and feeling righteous anger will help stop telepathy of this type.

The most important step you can take when experiencing a negative voice or voices that speak into your head is to be able to recognize your own thoughts and isolate those that are not your own instantly. If you are experiencing this phenomena pay attention to your thoughts and simply discard those that you know are not yours. Our world is full of other-dimensional and interdimensional Beings who wish to influence and use us for their own agenda. I recommend following an invasive or negative thought or actual telepathy you recognize as not your own with a particular phrase. I suggest one word “Nope”. Then expand positive energy around you, choose a positive thought and go on with what you were doing.

Telepathy in all it’s forms is quite real and it can be helpful or a hindrance. Hopefully for those who are experiencing it this info will help. As always take what feels right form this information and discard the rest.

You are invited to read other articles listed on the top right of our homepage or browse our members blog posts. We also invite you to join Stellarpax,  it is a safe haven for experiencers and abductees to share and support each while learning about the ET presence here on our little blue world. Click the homepage tab for more articles and to register scroll to the bottom of our homepage.  Thank you for visiting! We hope you will join us!