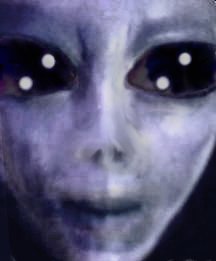 The last two blog posts have been about the Beings that appear in my room at night. Even after all my experiences it is still hard to trust myself. It’s very hard to be absolute about things that show up as shadows even well defined shadows. However this experience was absolute.

I had awakened from a dream and was laying in bed wide awake, eyes open, on my side. As I looked across my sleeping husband I noticed movement. “The shadow people are back” I thought. So I began to watch. There seemed to be three of them. Like one of the last experiences I could see the outline like a coloring book character had become animated. I watched them move about in a space of about 6 feet by 8 feet, right in front of the almost floor to ceiling window.

I don’t know how long this went on, it is very hard to gage the passage of time in the dark. But it was not a short time. I was watching carefully trying to decipher how many Beings were in the room and what they were doing. Then I simply began to think at them. In my experience they are highly telepathic. I sent “I wish I could be sure you were really here and not just shadows moving about” and similar thoughts.

What happened next was like I was observing through a camera with an excellent zoom feature. The movement stopped and a face zoomed towards me and came into perfect and clear view just long enough for me to see clearly that there was NO doubt it was a Zeta type grey Being. It came at me so fast that my auto body response was to pull back physically from it, which I did. It set off my fight or flight response, thankfully my movement was minimal. Then just as quickly it retracted zoomed back out. My heart was racing and my breathing quick from being startled I watched as the movement began again. After a few moments of movement they seemed to go out the window. Though the window I guess I should say.

Afterwards I lay in bed smiling quite pleased. A new level of contact has begun I believe. Them allowing me to see them while conscious and on purpose is a big step. Hopefully this will not be the only time it happens and it will progress into communication. I’ll keep you posted.