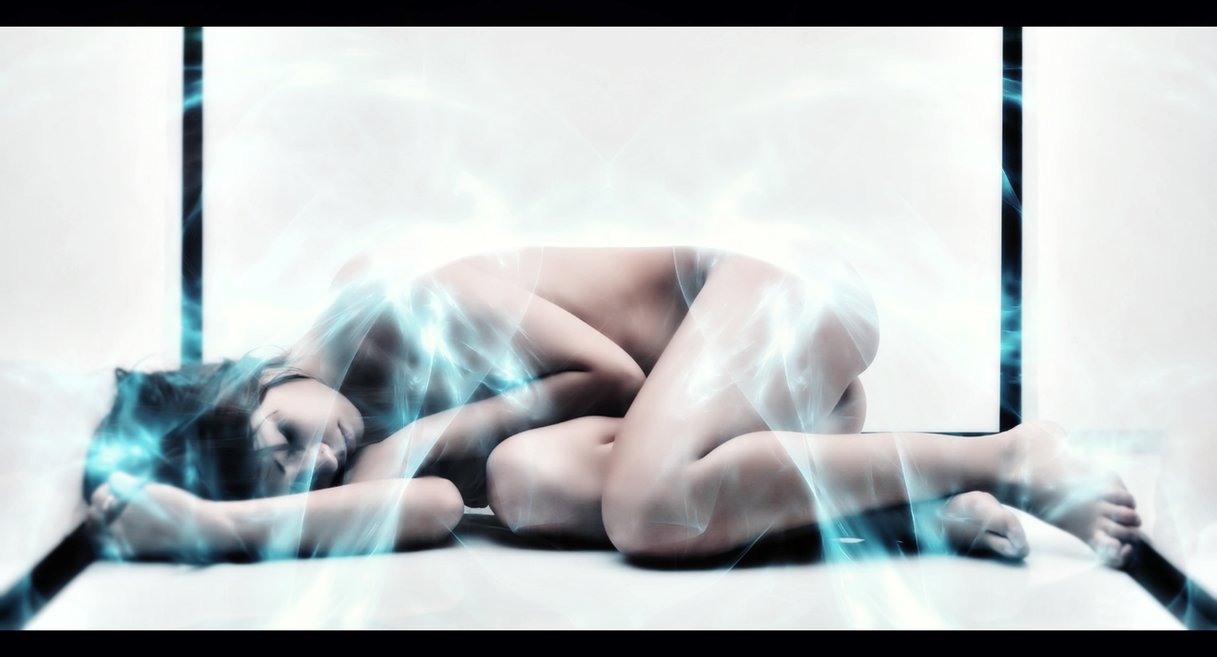 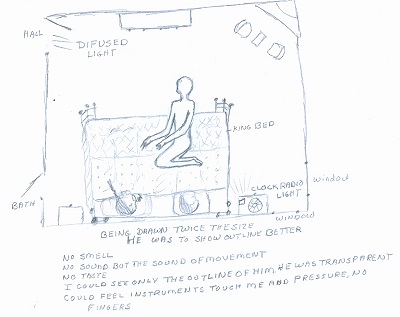 Pulled. It’s an odd word. To experiencers it means that a part of our consciousness, our Being and our etheric body is removed and we are left with our consciousness in the earth reality. It makes one very sleepy and most people get very sick. I feel like I have the worst hangover ever experienced added to morning sickness when it happens to me.

It was about 9:00 pm when I got pulled. About 10:30 I stumbled to bed still in multiple realities. I actually slept through the night until 3 am or so then was up and down still feeling bad. The kicked came the next morning when I woke. I have a vey injured shoulder. Years ago during an argument with a 1200 pound horse I got slammed into a stall wall, That’s what it felt like. My whole side was sore and swollen and my shoulder was shooting out ridiculous amounts of pain. The pain lasted all day and has gradually worn of. As of this writing 4 days later it’s still sore.

I have to assume something happened to my etheric body while I was pulled. Considering the type of injury I would say that I had been either dropped on my shoulder or been in an altercation… ok ok… I got pissed and got in a fight…..ya I know BAD Dana. I would really love to know what the other guy looked like though. I shrugged it off to being another weird experience until the next few days “happened”.

Wow. Just when I thought I had seen it all (I guess that was a stupid assumption). Four twenty AM, on a typical January night I am cold to the bone (the bedroom is about 55 degrees to save on the gas bill)and  finally have stumbled to bed after doing website work. I crawl under the electric blanket and begin to thaw.  As usual I keep my eyes open and look around the mostly darkened room as my eyes adjust. It was then I spotted “It”.

Only 12 inches or so from me “It” seems to be in a kneeling position on the bed. It looked like a coloring book drawing come to life. Ever converted a photo to a coloring book drawing? Well it takes the photo and makes it into an outline. This dude was a transparent outline. I could see him moving quite plainly. The outline of his body was very clear. His body was grey shaped, thin shoulders, thin body, thin arms and legs, long fingers but his head was humanoid in proportion.

Now having dealt with reptilians, shadow people, ghosts, several types of greys and one race that I have no label for I was curious rather than fearful. “Hmph, what and who are you?” I thought. So I waited, and watched for 5 minutes or so. He seemed to be busy doing something with his arms. I watched and waited.

The bed moved as he went towards the foot. Then there was a needle stick into my heel, then what felt like an IV went into the outside of my left ankle.  Having been through similar MANY times I waiting with the knowledge that no matter what I did or didn’t do this would happen at some point and if I disrupted him now it would happen later.

As I have said many times before the sleep paralysis holds don’t work on me, I am moving in an instant. So I made the dumb assumption that this is what would be used and if I WANTED to get up and walk away I could. (oops, wrong!)

Right after the IV went in there was I can only describe as a major drug rush. Now I have never done coke or meth or any heavy drugs so I can only assume that’s what it felt like. But a feeling of a  flush went up from my feet to my head. It felt very odd. I think the drug was meant to be euphoric but it didn’t hit me that way. In typical UFOchick style I laid there and analyzed it LOL. “Do I like this or not?… still not sure.

About that time it felt like something had stuck an elephant size needle into the right side of my left knee.  It was then I decided this was NOT going to be fun and decided to move. Now I am not a 100 pound weakling by any means. I’m tall and I’m strong when I decide to move I usually move everything around me with me. So I used my muscles and tried to roll over and sit up. My body moved about an inch and hit a WALL. My first thought was “Shit”, not very professional I know, but it is what popped out.

“So if back didn’t work I will try front”  I thought. Within seconds I realized that from under my bust down I was walled in. I could only move my hands, arms, jaw and head. So then I decided I had better get this Being to understand that whatever drug he had given me was NOT killing the pain of being stuck with needles and carved on. I began to complain telepathically. Sure enough within about 2 minutes the area was much more numb.

Then suddenly my right arm and hand were pulled toward sleeping hubby and another IV line went in. Now if you have ever had an IV you know it’s not super painful but not pleasant. There is the stick of the needle and then the coldness of the fluid going in. All I can say is that they had something POURING into me. My entire arm was hurting like hell and freezing cold almost immediately.

The “intrusions” into my body were in this order;

IV on the outside of the left ankle

needle on inside of left knee

needle on outside of right knee

IV in left arm above the wrist

something cutting into left hip

something cutting into right side of my abdomen

then a huge pushing force on my teeth (mouth clamped shut)

lastly something inserted into my head over my right eye

After almost an hour “It” was gone. By then it was after 5 AM and I was tired. SO on to sleep I went. The next morning I got out the blacklight and examined myself. Not a single mark of any kind anywhere. The only residual was (and it’s still sore) a non-visible bruise above my right eye on my forehead.

I still have no idea what tech was used to hold me. I suppose if ETs talk amongst themselves I have a rather nasty reputation for being uncooperative. I tend to wake up on the table or suddenly show up in my etheric body and knock the crap outa someone. If there is a “bad dog” list somewhere I am on it!

As far as I can tell this was a new visitation by a new species (For me new anyway) of ET or ID. The Beings just didn’t behave like the ones who are usually around.  The procedures were similar but the way it was carried out was lacking the usual kindness that I have come to expect from my “regulars”. It also lasted much much longer, almost an hour. My typical visit for work on physical body is done in 10 minutes or less.

So the story goes on. I assumed maybe it was just a genetic testing, DNA removal procedure or the like. I had decided to blog it and go on.

Then last night as I was going to sleep the same thing occurred only this time I could not see anything but odd shadow shapes that seemed to be floating around the room.  This time it was not quite as long time wise. This time I really used some serious strength to try and get lose, Nope!

So as usual more questions than answers. I have no idea what kind of Being this is, where it is from, what it wants or why it choose me to get it from. I’ll let you know if it comes back. I assume the control device, as I call it “the wall” was used because either I am on a shit list or I had a incident with these Beings during which I hurt my shoulder but have no memory of it.

Take care of you