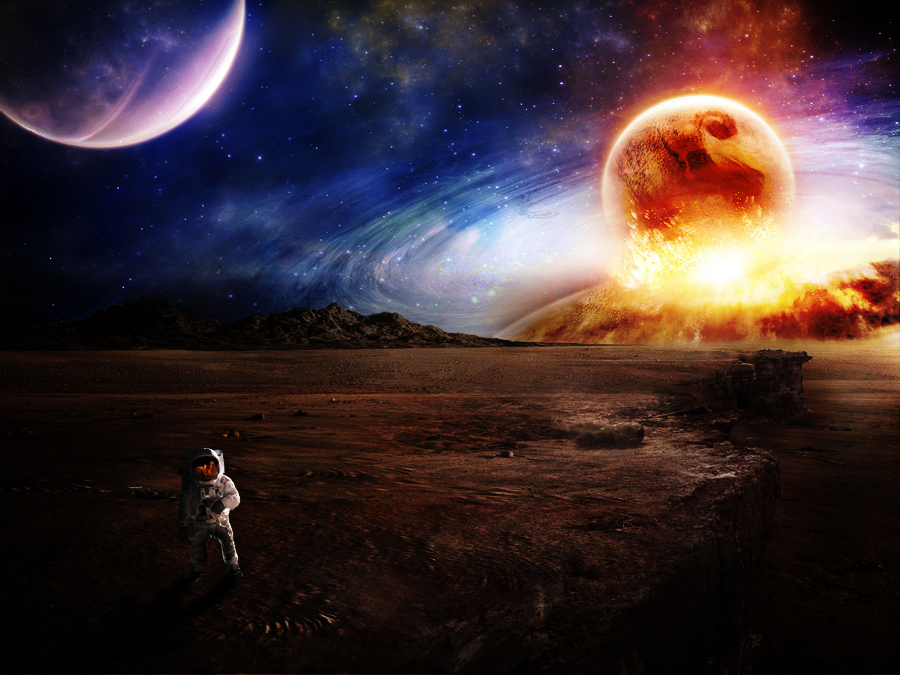 Those with any interest in the Alien visitations that are occurring on our planet are surely well versed on the physical and energy/etheric/consciousness abductions that occur in great numbers all over the planet.  There is however another type of Alien interaction that is not being talked or written about; in real time interactions IRTI.

Our understanding of Alien abductions and interactions has always been limited by the social norms and technical knowledge of those effected.  Ancient drawings depicted our non-human visitors as Gods and early art  simply included the saucer in the sky or background.  To those people the technology was so far away from their reality they could only observe but not define what they were seeing.  As our understanding of science and what is possible with technology increases so has our ability expanded to accept the fact that ETs are capable of breaking what we consider physical laws.

In the last century our ability to share information worldwide has progressed at an astounding rate and with it the information on non-human sentient life or “Aliens”. After thousands of reports of solid matter floating through walls, time manipulation and similar technological feats at least some of our physicists and scientists seem to have expanded their definition of what is possible. It is only when we expand our minds and remove the idea of “impossible” from our thinking that we can begin to see what truly advanced technology may be capable of.

Most of us have watched others describe their encounters ETs, watched created or fictional “Fantasy” or Sci-fi media in the form of movies or TV  and have educated ourselves with books and written accounts of abductions, but no matter how much we “educate” ourselves there is still a line over which we do not reach. That line is our own definition of what is possible. Where that line lies varies from person to person. Some people cannot fathom that ETs even exist and others do believe that anything is possible, but most of us have chosen a line that exists somewhere between the two extremes. Experiential knowledge is the only true and absolute reality expander. Once we have experienced something ourselves our reality is forced to shift.  Once we have experienced something we are forced to understand on a soul level it IS possible.

Going on three years ago I was having great difficulty with own line of reality. I was marked, had awakened with injuries and scars, I had flashbacks and memories, but no single experience had yet occurred that convinced me in an absolute way that these experiences were possible. Like all of you I had my reality line and it was easier to think I was mentally unbalanced or dreaming than to erase or move the line.  Each night before sleep I would ask the service to others Beings to give me proof that this was all real. Then one night they did.

I woke from sleep that morning as usual but with a memory of my stomach itching and as I got out of bed the skin on my abdomen felt irritated, itchy and a bit sore. I remembered digging at it in my sleep so I stepped in the bathroom to look at it in the mirror. It was at that exact moment that my line of possibility disappeared.

Several years before I had fallen ill with a terribly infected and partially ruptured appendix. It had taken hours of surgery to correct and save my life. I had two large scars on my stomach from that surgery but as I looked in the mirror those scars were gone. Completely gone. Most of the stretch marks from my two pregnancies were gone as well.

So how did this happen? I knew the interdimensional Beings had done this. I remembered my stomach itching during the night and tossing and turning.  I used the blacklight and checked the room, the bed and me. No markings. As usual there was no evidence or memory that I had left the house or my bedroom.  My proof had been provided. My proof was me.

Hundreds of times before this I had felt the IDs (interdimensional Beings) around me, touching me even. But this event was the reality changer. Watching the people in my life gasp and look even more closely at my now unmarked stomach hammered it home for me, it was all real.

Since this event I have had hundreds maybe thousands of interactions with the IDs. Their touch is slightly electrical. I can feel movement, pressure, heat or cold or sometimes pain as they interact with me. The interactions happen in real time, my time, my surroundings. Sometimes it is just a touch if I ask for their presence and sometimes unasked and unwarned a needle will go into my body or some other interaction will occur. There is usually a physical sign if they are physically working on me. I will feel a sharp prick on my hand or foot and if I look I will see a vein rise up. Or I will feel pressure and part of my body will move in an impossible way such as my calf muscle being pulled to the right or left.

How is this possible? I do not know. Is it truly happening? Yes it is, family members and friends have seen that the scars have gone overnight, they have seen my veins raise up and my body compress under an invisible hand or instrument.  I do know if it is happening to me is happening to others as well.  I am not special in any way.

These interactions I am calling “In real time interactions”. I suppose someone will eventually come up with a better name for them. Here are the facts I have been able to put together.

The IRTIs can happen to a person in any situation asleep or awake. They do not seem to happen during times of vigorous physical activity. I believe this is because they use torsion field technology (the ability to create pockets of time in which they slow or speed up time) and if the human is holding relatively still it allows the creation of torsion fields. They seem to speed up time during the medical interactions. That is how wounds heal more quickly and we wake with scars.

Sometimes there is a smell when an IRTI occurs but it is a smell of medicine or chemicals. The IDs do not seem to have a smell or they are not”in” our reality enough for me to smell them.

Different tones in either or both ears that no one else can hear frequently accompany an IRTI.

Many times the IDs will give the subject a headache to distract them from the physical interactions especially if the interactions are around the genital areas.  When I communicated to them I would be still for the exam and asked that the headache be removed it instantly was.

The feel of the entities is electrical and if they maintain contact with our bodies for too long a period (several minutes) the human’s skin area will begin to feel uncomfortable like a small shock has been given.  Some parts of the body are more sensitive to their touch. The face and nose are particularly sensitive.

I believe many “phantom” pains experienced by abductees/contactees may be caused by this type of interaction. If in doubt telepathically or orally ask that the pain be relieved, if it is then you will know it is an IRTI.

All of the physical interactions are clinical in feeling. There is not any malevolent or deviant intent that I have experienced.

The IDs can heal during a IRTI. They can also remove fatigue. (another article or blog post at some point)

If there is pain during an IRTI USUALLY they will numb the area if requested to. If you are in pain and feel it may be because of an IRTI simply tell them it hurts a lot and you would like them to numb the area. This may be requested telepathically or verbally.

They do not heal by request. However at times they have responded to my thoughts and given aid when those thoughts were service to others oriented and selfless in nature.

I have not been able to see them. I have seen the effects of either their hands or tools on my body but I have not actually seen the IDs during a IRTI. I did wake one morning to see a tall grey female in a hooded cloak standing over my bed and stomach. Her hands were inside my stomach and moving so fast they were blur.

They do seem to have some weight. I can many times feel them move about on the bed as I go to sleep. The pressure is equal to a few ounces but can be felt even over covers.

They seem to work in teams of two or three. I can feel one at my head, one at my feet and one moving about on occasion.

They do a lot of work in the sinus area, sometimes coming each night for months to remove and replace objects placed in the sinus area. They can be heard more easily working in the sinus area if the person is wearing foam ear plugs. There will be cracking noises easily heard when this happens.

IVs are used. I have had multiple reports of IV use in the ankles and feet or hands. Many times the prick of a needle is followed by the feeling of the liquid going into the vein and then there is a euphoric state induced that relieves most of the pain in the procedure.

So haw many people are experiencing IRTI? There is no way to know. Unless you are aware of the possibility the interactions are usually ignored.  I realize this is another lead towards “that is impossible” but I assure you it quite possible and happening daily to many people. What really concerns me is how many people are currently under psychiatric care for hallucination when what they are experiencing is real? How many are seeking medical attention for the pain that sometimes goes with the IRTIs? How many are frightened and afraid to say anything to anyone about what is happening to them?

As time wanders on it my greatest hope that we will discover (or be told) who these Beings are and what they are doing. Until then all we can do is compare notes and support each other.