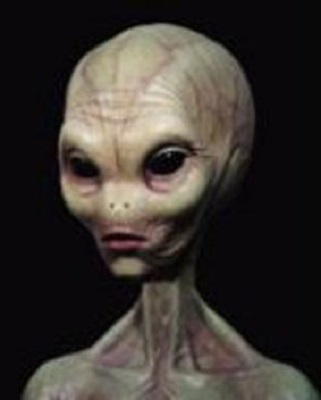 Well I just saw one of the interdimensional Beings that have been interacting with me! I sleep with a small lamp on situated so that the bed blocks the direct light but the room is lit by a 40 watt bulb.

I was on my back asleep when my legs woke me because they were hurting. I decided to barely open my eyes and see if I could see “Them” since they always are with me now or seem to be. I squinted my eyes and there “She” was. At least the Being felt like a She. She was like an outline filled with light grey. She was tall, about 6 feet in height, thinnish in build, had on a cloak I think since I could not see her legs separately or any indention between her head and neck. She was standing bent over me at the waist at about a 30 degree angle over my waist/thigh. Her arms were moving very fast in a flurry of activity over me.

The feelings I got from her were that it was a “She”, she was very intent on what she was doing and a general caring aura came from her like a concerned nurse. I believe they had attempted to immobilize or “freeze” me since I had to use some will to sit up, then without thinking I said “SHIT You are real!!!!” she gave no response. I then made the mistake of opening my eyes all the way and she was gone from my sight. I don’t think she realized I could really see her.

About 30 seconds later my legs stopped hurting which is unusual because I usually have to get up and take a pain med before they feel any better.

She could have been a humanoid, tall grey or mantis but not a reptilian I don’t think her build was too slim.

One more small piece to the puzzle in hand now!

2015 Note – The pic is as close as I can get to what the ET looked like. She had more of a nose but the head and face shape is very close. Her hands were inside my lower abdomen and moving so fast they were a blur.