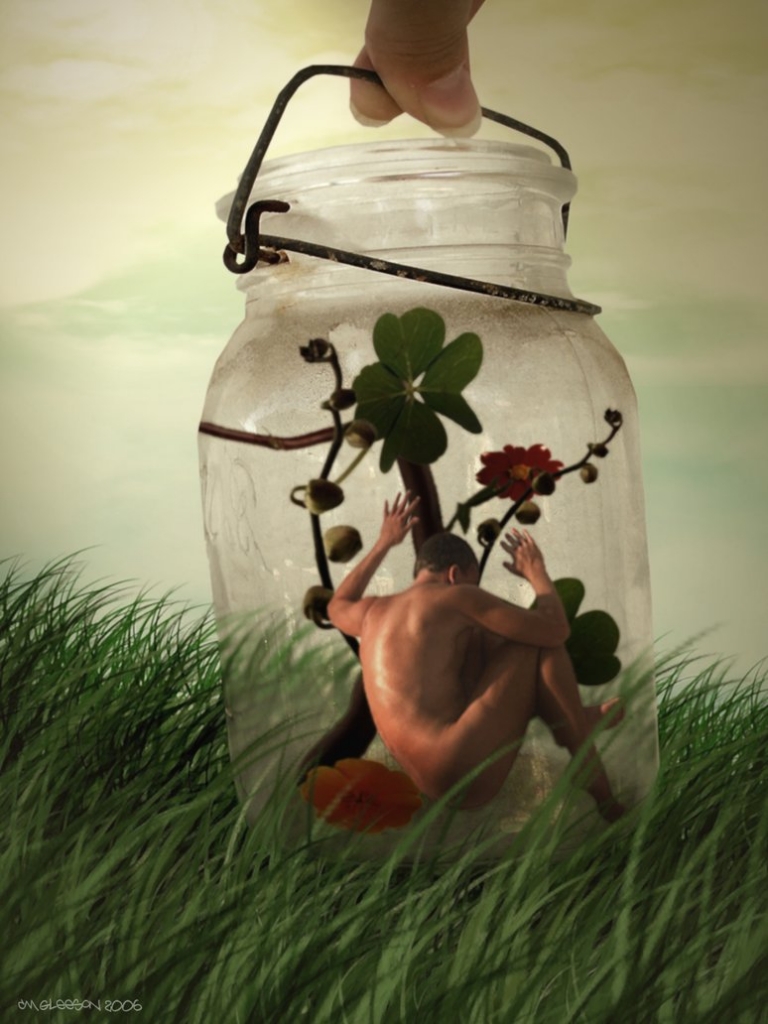 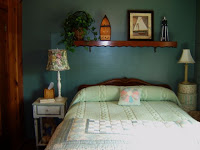 Here is the tiny bedroom at Merespell. I sleep on the right. The room stops right where the picture does and 2 1/2 feet past the end of the bed. There is a window as you can see by the light shinning across the bed. The room intrance is by the nightstand on the left.

Going to add some stuff I had in another file on the computer…..We have a Lake Cottage named Marespell and are there quite frequently in the summer and on weekends. It’s quite small but very charming. The bedrooms are just big enough to walk around the beds sideways and the kitchen is on one wall. But we have amazing lake views, a woodburning fireplace and the area lakefront park is across the street who could want more… I had always felt safe there until this year… sigh… BIG mistake….. ya I know… wishful thinking.

Early morning of march 9th 2009 at Marespell I dreamed that either I or someone was pulling out and inserting things into my nose they looked like fish skeletons except the bones went all the way around the spine. They were made out of very thin plastic with a more solid “spine” and the things that came out were very flexible and could flow back and forth through your hand one way and then the other. Like in an up and down motion they would change direction. In the dream there multiple of them going in and out way up into my head from both nostrils.
I woke with a bad headache which is very very rare for me and multiple bloodstains on my pillowcase (see picture) that soaked through to the pillow itself. I examined myself thoroughly but could find no marks. Later in the day around 7 pm I began having a bad time breathing and horrible pains in my body so I could not take a breath. It is 3am on the 10th and it still hurts.

The pains continued for a week, I ended up at the Dr twice and then the hospital…. all tests showed nothing. The area around my stomach (upper left) hurt so badly I couldn’t walk upright for days. This was before the black light but it was one of the nights I knew I had been visited and then poof the next morning I was fine….. wow guys thanks for coming and fixing me and screw you for leaving me that way for a week.