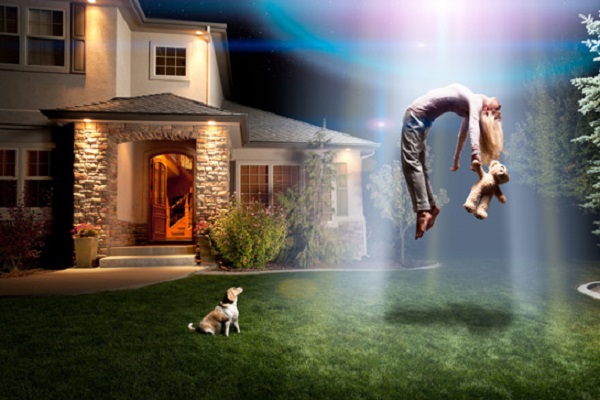 After 20 some years of watching last night I finally saw something. Not much but something. After 2 nights of brutal abuse that I have decided not to blog.  I was sitting up trying to convince myself to go to bed it was about 1:45 AM. I had everything in the house turned off so it was very very quiet. We have wooden sub floors so the floors creak as people or beings move about.

I was pretending to reading and listening very very carefully. I started hearing the tiny noises of movement from the master suite (we have 2 bedrooms and 2 large bathrooms at one end that is accessed from one small hallway and that hallway is visible from where I sit to read or get on the computer). Since that is where they have come in from the past as best I can tell I began to simply look at the space where they would appear in the hallway. It was 2:02 AM when I began watching. At 2:16 I saw movement, then a vertical flash of light appeared for a split second then what appeared to be movement into the next the next room then nothing. Then I became angry and stayed that way. For the next 2 1/2 hours I managed to stay angry. I actually ranted at them for awhile. I could feel myself getting sleepy for no good reason and would rally back the anger. Could it be they can’t get through raging emotion? I went into my bath/dressing room which is very brightly lit (during the 2 1/2 hours) and while I was angry cleaned up some things went through jewelry etc. the doors are situated so that I can see them and the window is very small, also I can see the clock. I could hear some of the same noises. The slight noises that were more than the house settling. I went in and out a few times. And yes during that time I had to really fight the urge to do lay down and go to sleep. At right around 4 AM I walked the house, the feeling of being watched was gone. I went on to bed. Today now new marks. So they were either very careful or didn’t come back, or as is always possible I have simply lost my mind.

Here is last night’s picture. The long part with the sharp outline was about 4 inches long it was on my left hip it looks like they tried to keep me clean. Last night was odd. I didn’t feel them or sense anything. I did keep smelling smoke earlier which I have been told by other experiencers is a sign of a visit but that was early around 10:30. It was about 12:30 1 AM when that happened. Other than that no signs. I seemed to sleep through the night, seemed to sleep hard but woke up exhausted of course.

What I would give for real sleep, about 48 hours of it. I realized yesterday I really should not have been driving, I was so tired I kept seeing 2 cars in front of me then they would merge back into the one car, so I cut it short and went home. To those who have emailed me Thank You! You are the light at the end of the tunnel!!