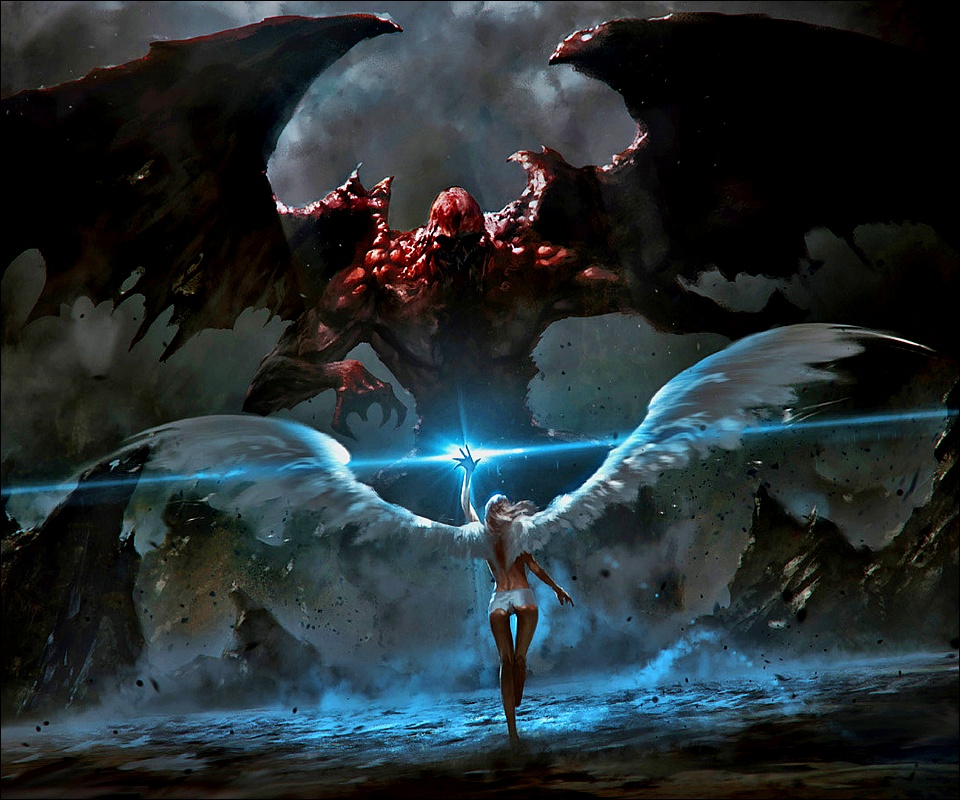 God and the devil, good vs. bad, benevolent and malevolent, light and dark, Service to self  vs. service to others, conflict it has always been there. From the earliest tribal gatherings humans have had a sense of good and evil.

In religion it explained in the different stories we are taught. It began in the eastern part of ancient Persia almost five thousand years ago when a religious philosopher called Zoroaster simplified the pantheon of early Iranian gods into two opposing forces: Ahura Mazda (Illuminating Wisdom) and Angra Mainyu (Destructive Spirit) which were in conflict.  Now we see the story of Satan the beautiful fallen angel and Jesus the son of God in the Bible.

In our literature and fables the good battles the evil and wins in some way. We are taught that goodness defeats evil. But does it? and is there true evil other the kind humans create alone here on earth? Our culture has swept away the belief in true evil. We read it in stories and see it in movies. Then we applaud when the light is victorious. We see the murders and the child abuse and we shake our heads. “Yes” we think “Yes, those things are evil but it was just one person who was evil who did those things, true evil does not exist”. When mentioned people dismiss evil as though it was a fantasy seen only in movies.  We have stopped believing it is a force in itself or that it can be spread by sentient life.  Even the religions who once believed in and acted on possession do not do so now.  It is politically incorrect to believe in evil.

I believe that there is. Yes there is evil being unleashed in this world. One of the sources  of this evil is of course humans. We are such fabulous and unlimited creatures. we have to capacity for unconditional love, empathy and charity. But the flip side of us can be stunningly sadistic, selfish and malevolent.  We kill and rape and plunder. We do horrible things for the sake of revenge. Some of us have no conscience  or empathy, those who do not pretend that they do. We even have a label for them “psychopaths”. But psychopaths do not define our race. For the most part humans are service to others oriented. We are hard wired to help each other and nurture children. Our race is not malevolent.

In 2009 I began having interaction with a race who is malevolent. Even now that it is done and over and look back honestly trying to find a shred of compassion or  single act of kindness I cannot. They are reptilian in nature. Thire size and color vary. Some have tails some do not. But what they all have in common is the absolute lack of respect for the human race.

I began my journey into the realms of ET and ID Beings completely unprepared.  My first experience was an egg extraction which I interrupted after that it was many many years before I had more experiences that I had conscious recall of.  But as the experiences began in 2009 I knew I was  dealing something completely new to me. Something without conscious and something with no empathy.

Another source of evil comes from a race of Reptilians. I do not claim that this race is the only reptilian race, I am sure there are other races of reptilian beings who are benevolent but the race I interacted with indescribably malevolent.